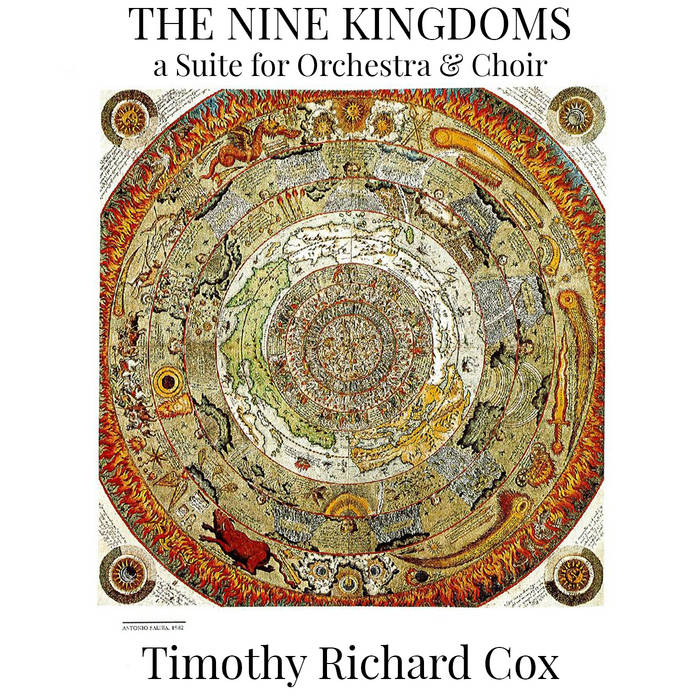 This work guides the listener on their journey through the eight governing bodies of the elemental universe. The ninth kingdom is discovered at the end and it's mysteries become revealed.

The Nine Kingdoms is a suite for large orchestra and choir. The writing process began in late 2017 with Tim reading into ancient cosmology. Using concepts derived from various cultures he began to formulate the idea of nine kingdoms ruling the different planes of existence. Using this concept as an outline, he began the process of creating music to represent each realm. The Nine Kingdoms was written in a flurry of inspiration over the course of five months. This work represents Tim's first foray into stand-alone classical music.

Bandcamp Daily  your guide to the world of Bandcamp